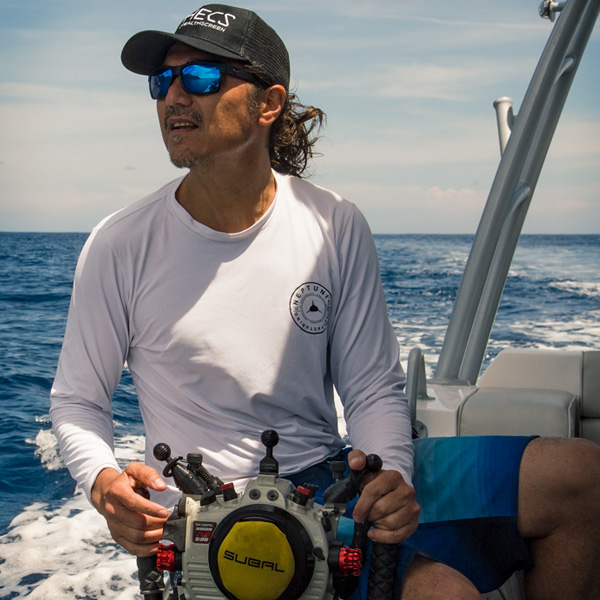 Scott was first handed his underwater camera at the age of 16 though he started diving before he even hit puberty. Decades later he’s still a passionate photographer, and the element of doing things just at the edge characterizes how he gets his images.  His photography has won awards, notably the Palme D’or at Antibes festival for his co-authored book Anilao in 2000, his 2016 book Blackwater / Open Blue encompasses images taken in the open ocean either at night or during the day. Blackwater / Open Blue was awarded the Underwater Book of the Year, at the Underwater Photographer of the Year competition in the UK in 2017