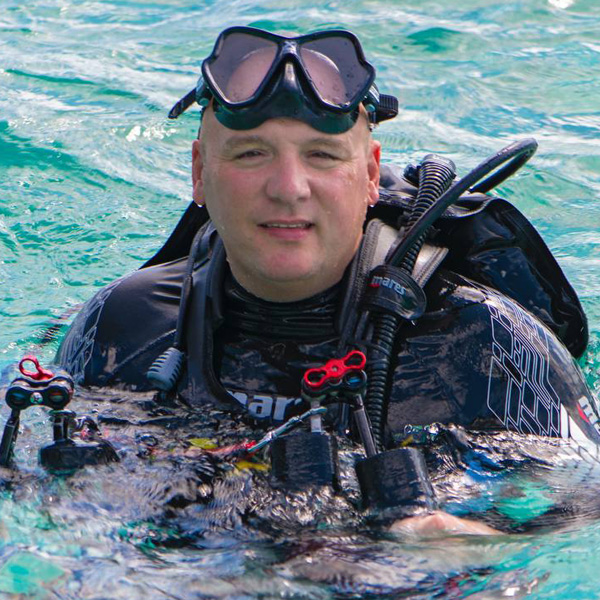 He is especially known for sharing his knowledge – his best-selling book Underwater Photography Masterclass (2016) was reprinted just two weeks after being released. He runs highly popular underwater photography workshops all over the world. In 2007, Nissan built a concept car version of the NV200 specifically designed around his needs as an underwater photographer, although he does not get to use it as it is now displayed in the Nissan museum in Tokyo! In 2018, he received national recognition, receiving the title of MBE from Queen Elizabeth II.